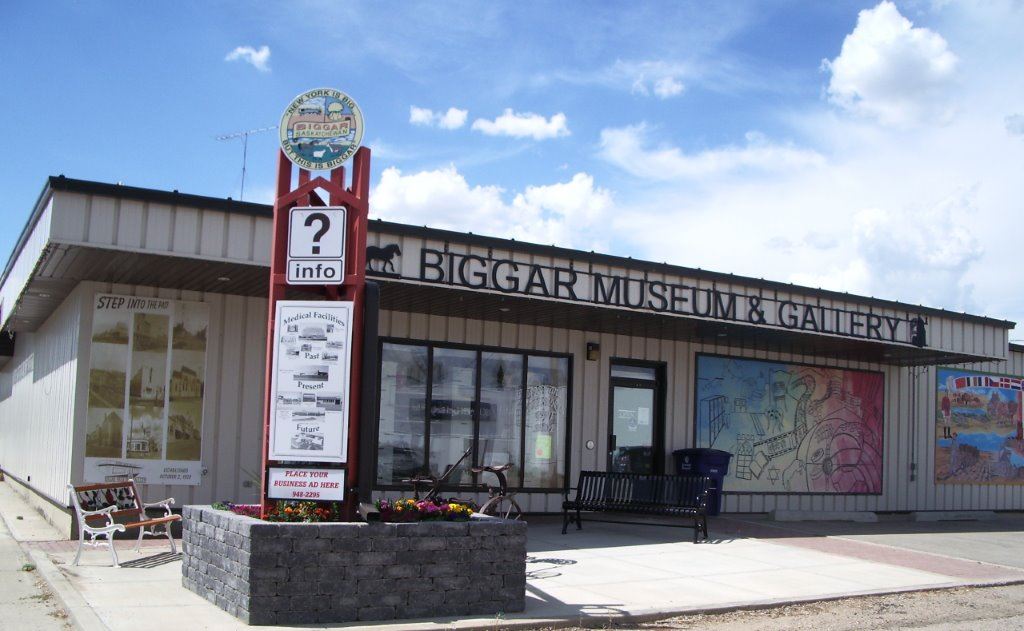 The Biggar Museum opened on September 30, 1972, due to the hard work and dedication of a group of members from the local community. First located in the basement of the Lionel A. James Library, the museum eventually outgrew its space and in 1993, Royden Donahue donated a building that would have allowed the museum to expand. Unfortunately, the building was destroyed in 1994 by fire, but the museum board decided to carry on with the move by building a new structure on the donated site. After three years of major fundraising and planning, the Biggar Museum celebrated its grand opening on October 4, 1997, at its new location at 105-3rd Avenue West.

The Biggar Museum and Gallery is open year round and it tells the history of Biggar and Area with local artifacts and displays. It also provides viewing space for traveling art shows. sells souvenirs and local art.